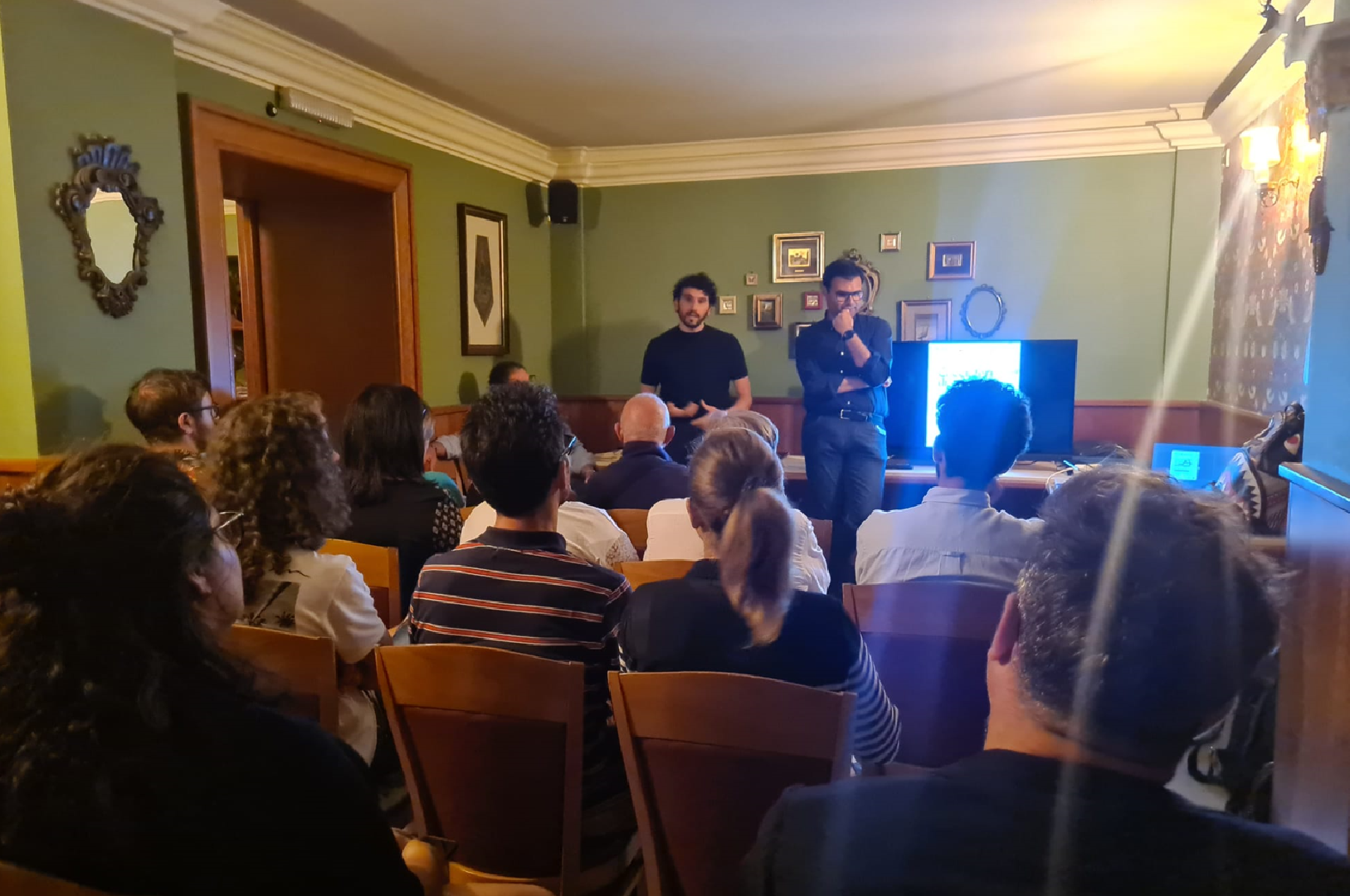 On Monday, September 12 at 7:30 pm at the historic pub “Antico Commercio” the talk “Herb Hunters | Doing Business with Medicinal Herbs” was held.

The initiative was organized by Pro Loco “Quadratum” thanks to the partnership and proposal of EUROSUD and saw the collaboration of AIC – Coratini Entrepreneurs Association – Giovani and the phytopharmaceutical company Forza Vitale srl.

After greetings from the Presidents of Pro Loco Gerardo Strippoli and AIC Francesco Tarricone, the evening saw the national presentation of the WildMapsFit platform, the result of the Erasmus+ project, by EUROSUD President Adriano Di Fronzo, who explained its genesis as a high-level European project, developments and a broad training tool and community for local realities dealing with aromatic and medicinal plants.

This was followed by a window just on the local realities that are already involved in creating business from plants in an ethical and sustainable way, such as Gruppo Forza Vitale srl, with more than 30 years of history in the phytotherapeutic world and now in edible essences. Its CEO Vito Cannillo presented the business reality and explained with various case studies how they approached these developments and uses with scientific and cross-cutting research.

“Herb Hunters” was attended by more than 30 participants, half of the 20-35 age group, with start-uppers in agriculture, chemistry and experts in agronomic sciences and botany.

The initiative concluded with a third moment in which the staff of “Antico Commercio” presented an aperitif developed with km 0, sustainable products and the use of aromatic plants for both the drink-developed with a micro liquor maker-and the food part. This was also a fruitful closing parenthesis for networking among users interested in the WildMapsFit platform, other Erasmus+ programs and in sharing ideas and proposals